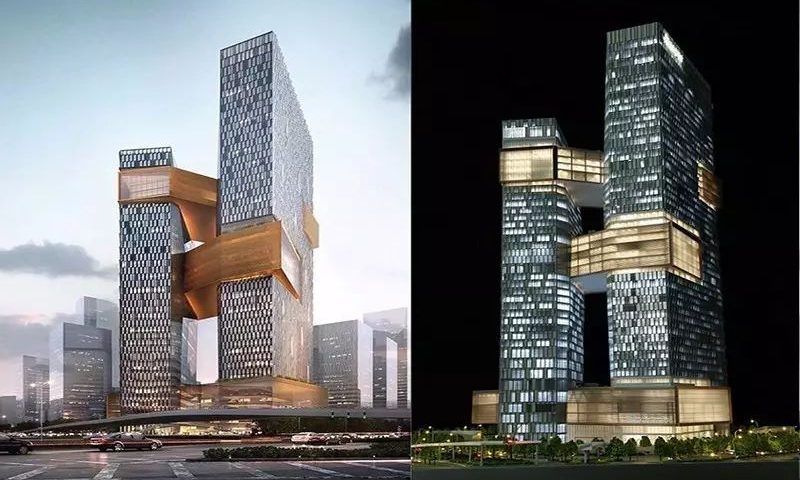 Located in Shenzhen, the Binhai Tencent Building of Binhai has been designated as “the Interconnection Building” not only because it has a connecting passage between the north and the south Towers but also its inner incorporation of various Internet and IT( Internet of Things) technologies. 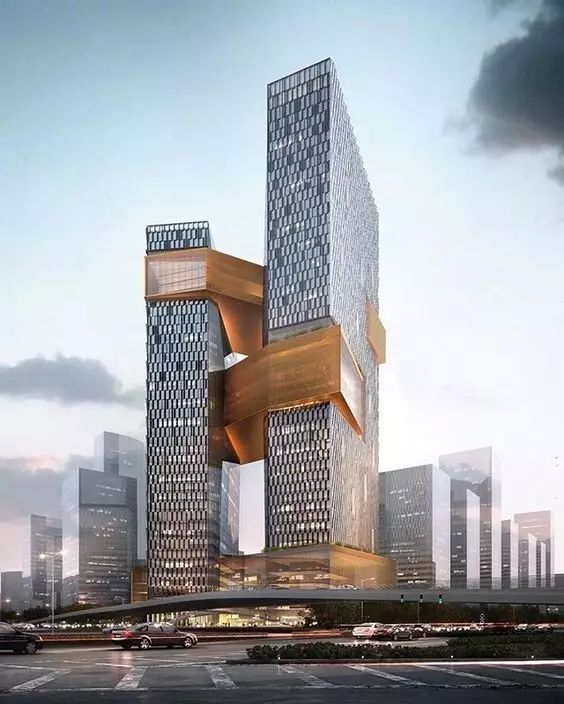 The Tencent Building of Binhai is a new technology landmark in Shenzhen.

It connects the city with the outside world as well as conjoining the present with the future.

Furthermore, its ingenious architectural structure also aligns with the “Let Tencent be the future connector” concept proposed by Pony Ma.

All these, we believe, will doubtlessly be worthwhile to expect. 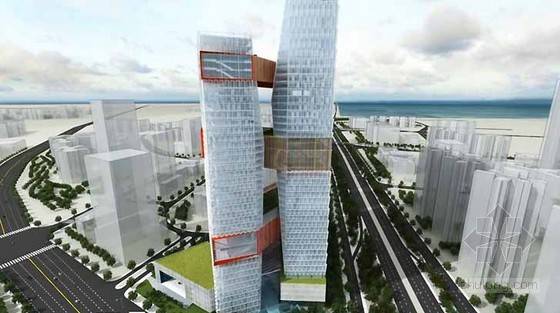 In order to better present the architectural concepts of the Tencent Building of Binhai and also provide a further understanding of people, Tencent Holdings Limited has proposed an invitation to NBBJ, a world-renowned American architecture design company, for cooperation. 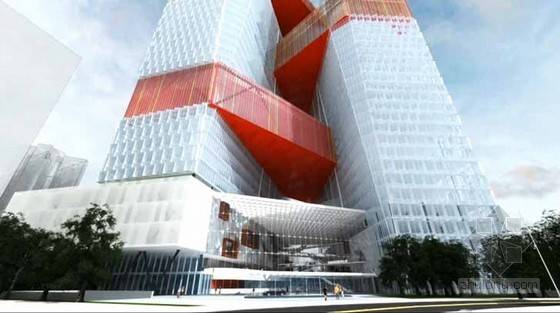 Upon confirmation, RJ Models promptly mobilized a team of 20 model makers. non-stop brainstorming discussions on the design plans as well as the rigorous tasks allocation and teamwork, the team delivered a 2000 mm x 2000 mm x 1300 mm Tencent Building of Binhai office building model within a short time frame of 20 days.

non-stop brainstorming discussions on the design plans as well as the rigorous tasks allocation and teamwork, the team delivered a 2000 mm x 2000 mm x 1300 mm Tencent Building of Binhai Model within a short time frame of 20 days. 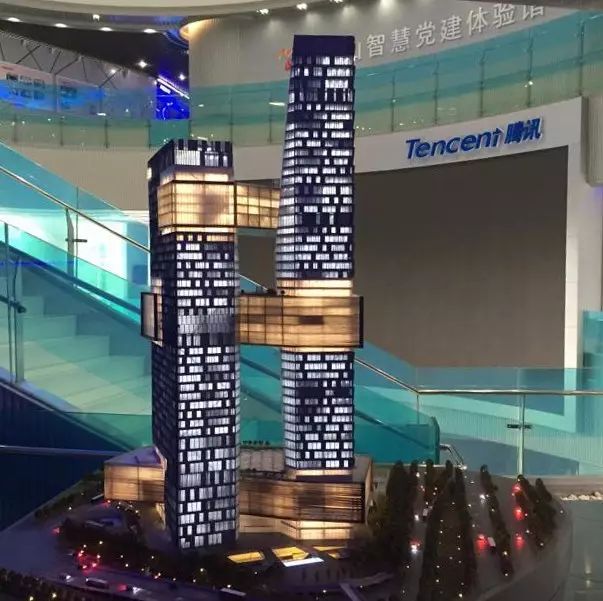 Although RJ Models has once again pulled off what seemed to be an impossible task, all the team members still vividly remember the difficulties they had encountered during the process.

Behind its unique “interconnection” concept of Tencent Building of Binhai, there lies a massive amount of architectural data which takes tremendous time and energy just to collect, collate and classify. 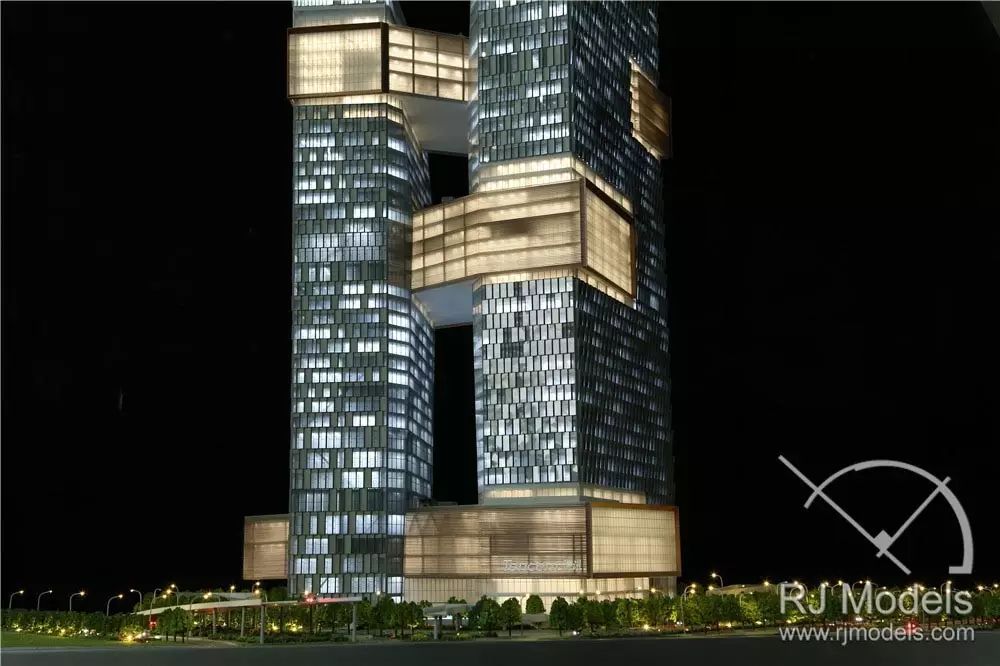 The Completion Photo of Tencent Building of Binhai architectural model

The data collating task alone can be used to assess a team by its fundamental cooperation skills and teamwork.

This is also one of the factors why many architecture model companies are unable to take on large-scale projects as they will not even surpass the first step.

One of the biggest challenges in making the model was to precisely deal with the entire model from the complex structure fine details.

Fabrication of components including curved walls, lobby interior, distinctive ceiling and walls in different forms was a time-consuming, tedious process. 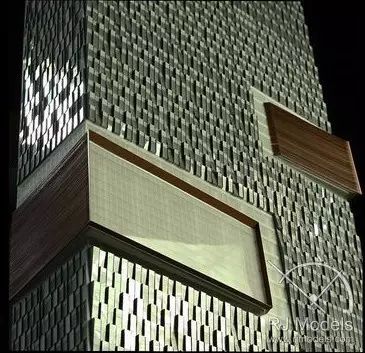 In the making of the office building models，the concave-convex-structured external wall became the biggest challenge to the team.

Its complexity and workload have exceeded the estimation.

To achieve a better solar-shading effect, Tencent Building of Binhai has incorporated an uneven 3D geometric shape design on its external walls and a horizontal sawtooth structure on the glass curtains.

However, this multi-angle solar-shading high-end design becomes an after reducing its size by 150 times.

It then requires the modelers to glue every panel and every seal by hand with exquisite dedication and thoroughly detailed craftsmanship. 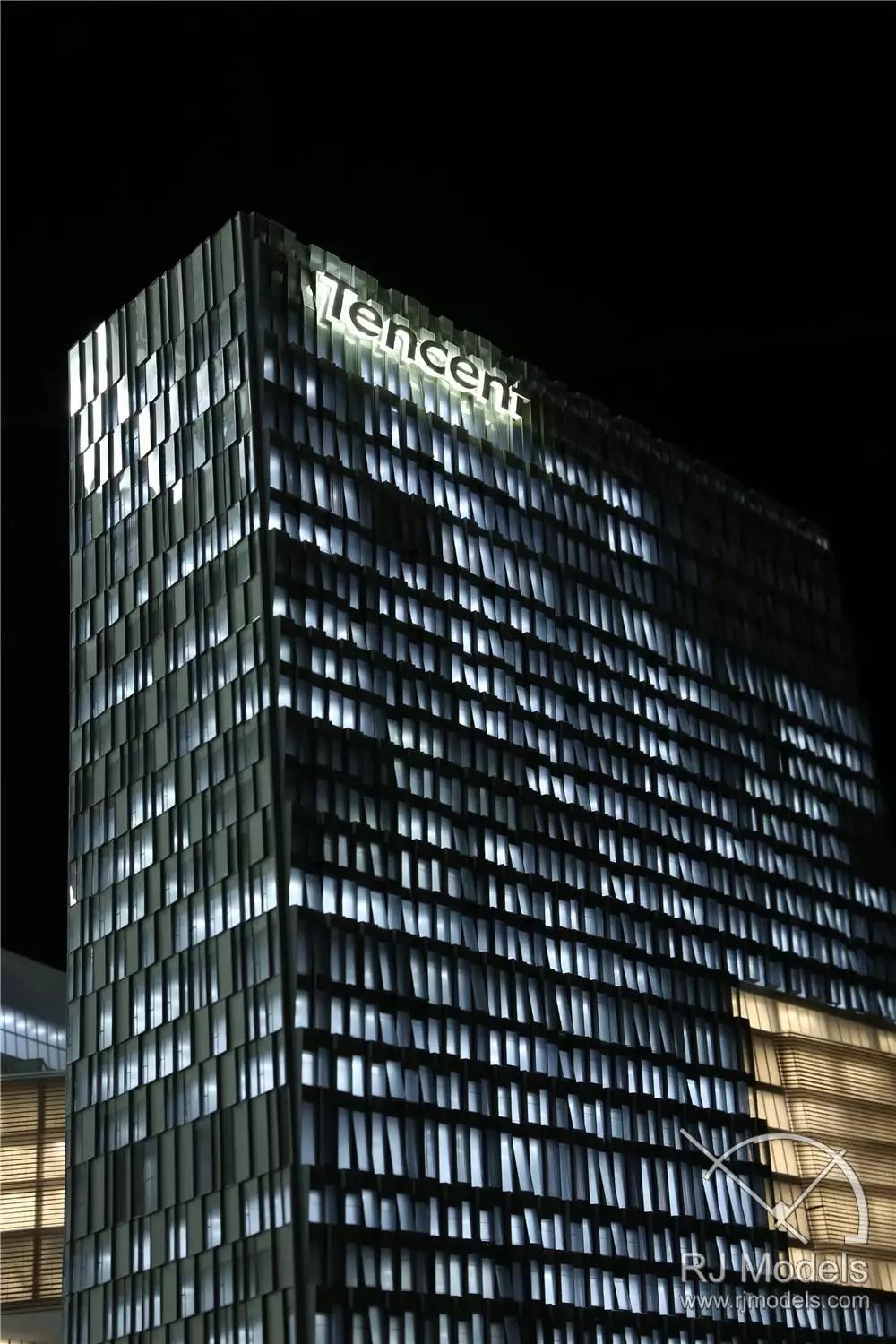 Although an architecture model is just a representation of a physical architecture, for RJ Models, the model is as important as the physical entity that absolutely tolerates no mistake.

As any minor flaw could potentially jeopardize the concept of the designer and affect the audience’s understanding of the actual architecture.

Therefore, RJ Models conducted regular meetings with NBBJ to communicate on verifying details, following up on progress in order to avoid any mistakes during the production of the model.

During this period, they have also repeatedly reviewed the design drafts to ensure the model is made strictly in accordance with the design plans with no discrepancy. 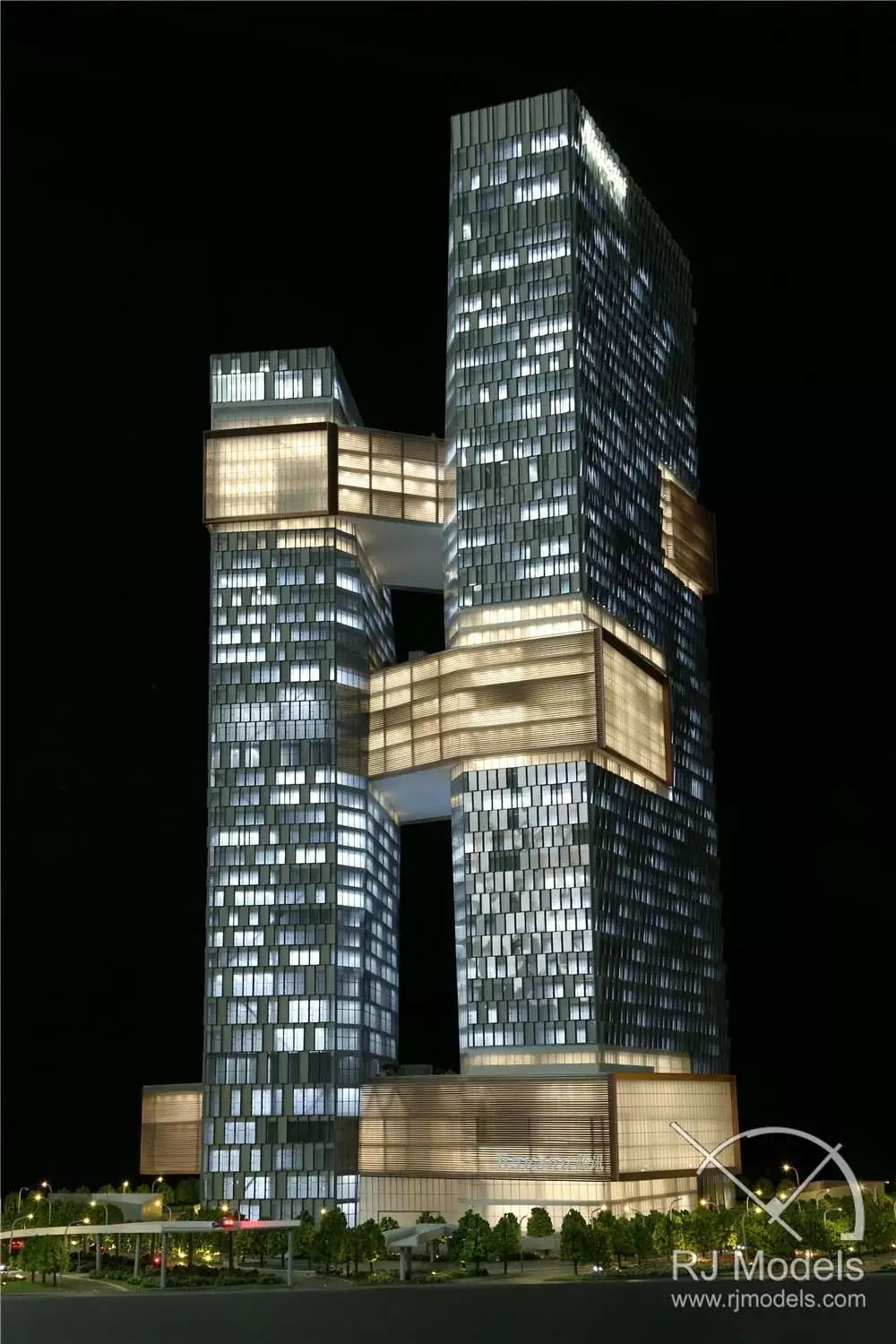 The Completion Photo of Tencent Building of Binhai architecture model

It was RJ Models’ persistent pursuit of perfection in architecture modeling wins them the trust and praise of their clients again and again.