Skip to content
Home > RJ Models Construction of the God of Dreams Model, Morpheus Hotel Macau, the Posthumous Work of the “Queen of the curve”!

From her design of Vitra Fire Station in Germany in 1993 to the well-known landmark residential building in New York 520 West 28th, world-class architect, Zaha Hadid, also known as the “Queen of the curve” created numerous surrealism architecture with her boundless imagination.

The building is 160 meters high with 39 floors and covers a total floor area of nearly 150,000 square meters. 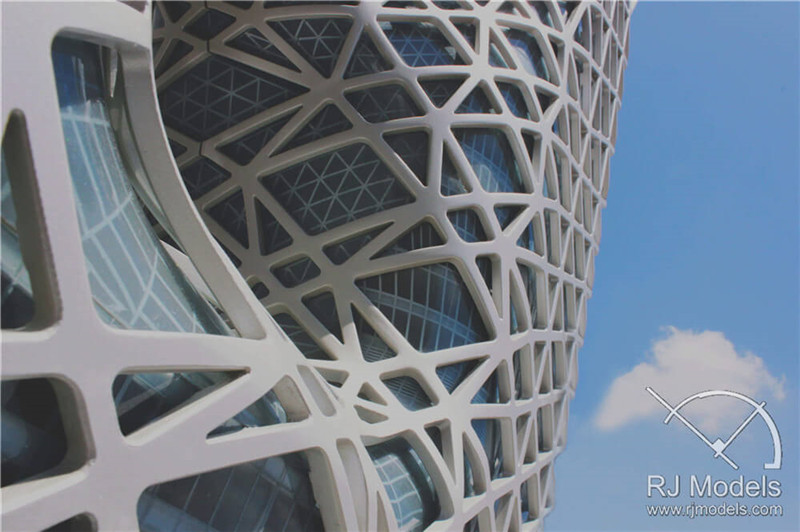 ▲A display of the unique and sci-fi style facade

Inheriting Zaha’s well-known lavish design fashion consistent in all her works, Morpheus Hotel is said to be Zaha Hadid Architects most photogenic building in its design history.

A hotel building that rises above all others with its unique and sci-fi style exterior.

Of course, behind the success of this project is a US$1 billion construction cost and the design ingenuity of a pool of talented engineers. 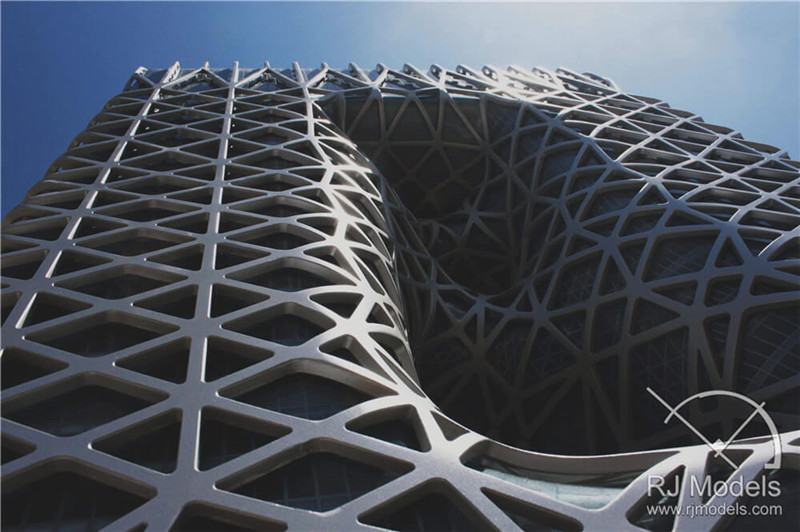 ▲The facade of the hotel model consists of free-form triangular curtain wall, an exoskeleton structure, and hyperbola aluminum cladding.

In 2014, RJ Models became part of the Morpheus Hotel project team on invitation from Zaha Hadid to build the hotel model.

The construction of the hotel model presented a massive challenge, from the precision needed in the manufacturing of the model components to the assembly speed. 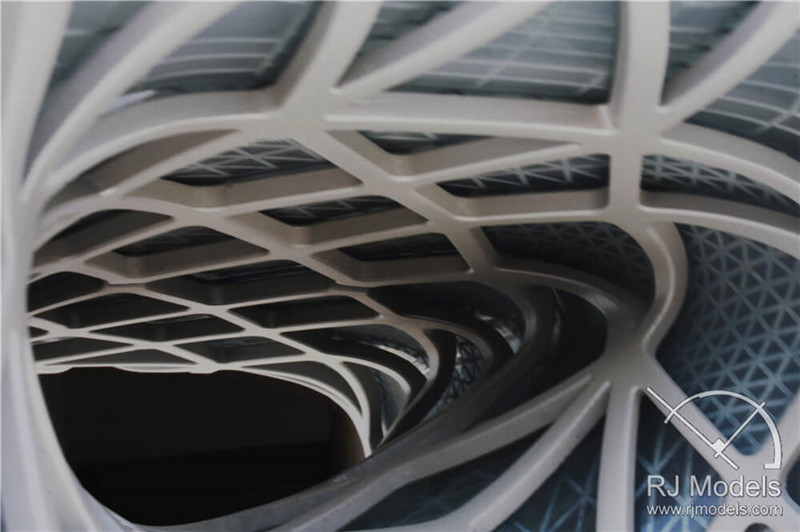 ▲The curtain wall of Morpheus Hotel has almost no repeated surfaces.

First of all, from a typical parametric aided design process point of view, the curtain wall facade of Morpheus Hotel has almost no repeated surfaces.

We understood from the hotel facade consultant Front that 3522 Rhinoceros elements and 462 GH files define the entire facade system.

As a consequence, the workload that comes with the drafting of the hotel model drawing was tremendous. 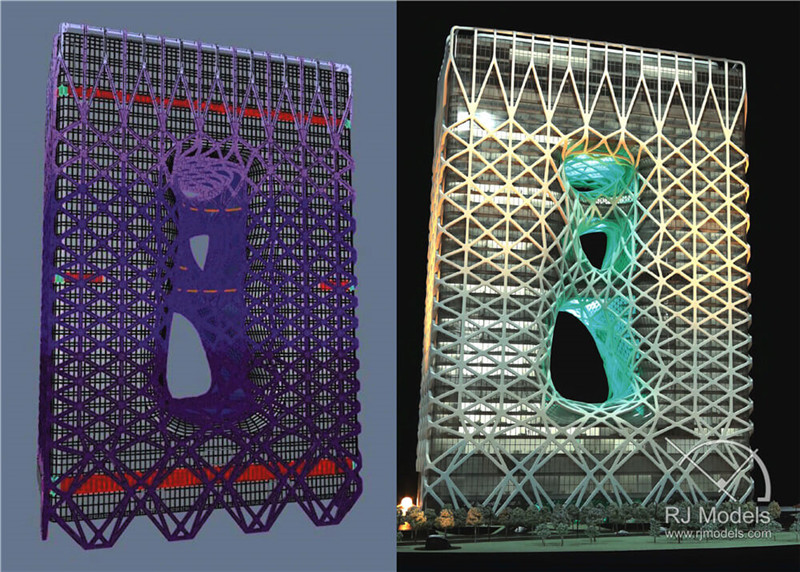 To conform to the original design of the 3D building and to accurately represent its details, RJ Models chose to re-draw the digital mapping of the hotel model in 1:80.

Even though the making of the exhibition model is less complicated than the structural model, it possesses many distinctive characteristics.

Such as the organic free-form triangular curtain wall and the exoskeleton structure, it is evident that the craftsmanship involved in the model construction process is highly complicated. 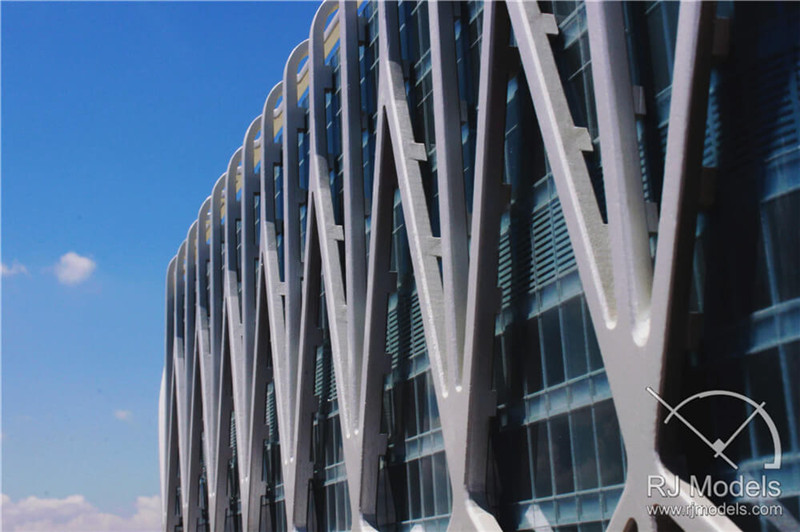 ▲To prevent the appearance of cracks, Morpheus Hotel model tolerates no mistake in the joint between the components

Through the use of 3D printing and CNC technology, there was a dramatic increase in the efficiency of manufacturing the components that made up the hotel model.

However, the individual components will still require the expert skills of the architectural model maker to put together.v

There is no tolerance of mistake during the assembly of the components.

Every joint at the connection point is individually inspected and put together with the intention of preventing the appearance of hairline cracks.

Such is the means of attaining perfection. 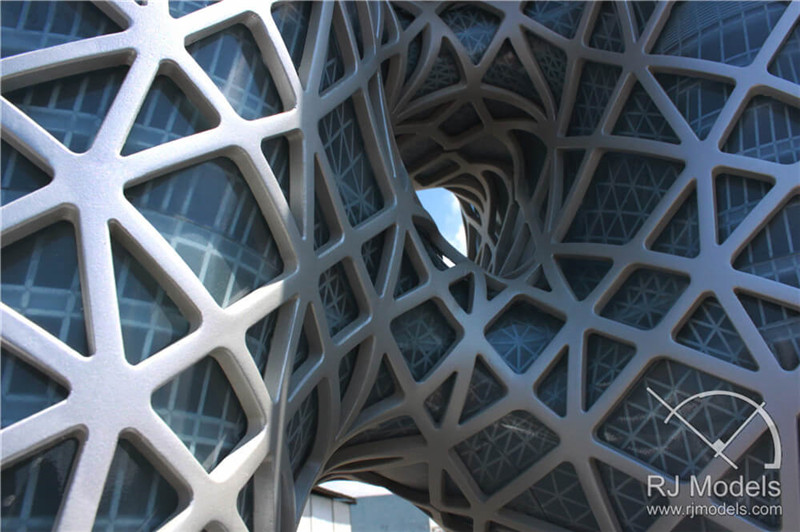 However, the most eye-catching feature of the Morpheus Hotel is none other than the sculpture-like free-form void that passes through the center of the monolithic block.

To echo the design concept put in place by both the architect and Melco Crown Entertainment:

The God of Dreams – Morpheus.

RJ Models installed lightnings and tested the effects on a scaled-down version of the model to present the free-form hyperbolic exoskeleton.

After various discussions with the architects, the team of model makers decided to hide the bulb and the cables between the exoskeleton structure and the curtain wall so that the light source is hidden.

Not only that, the model lighting can make gradual color changes during the demonstration, enhancing the sci-fi effects of the building design. 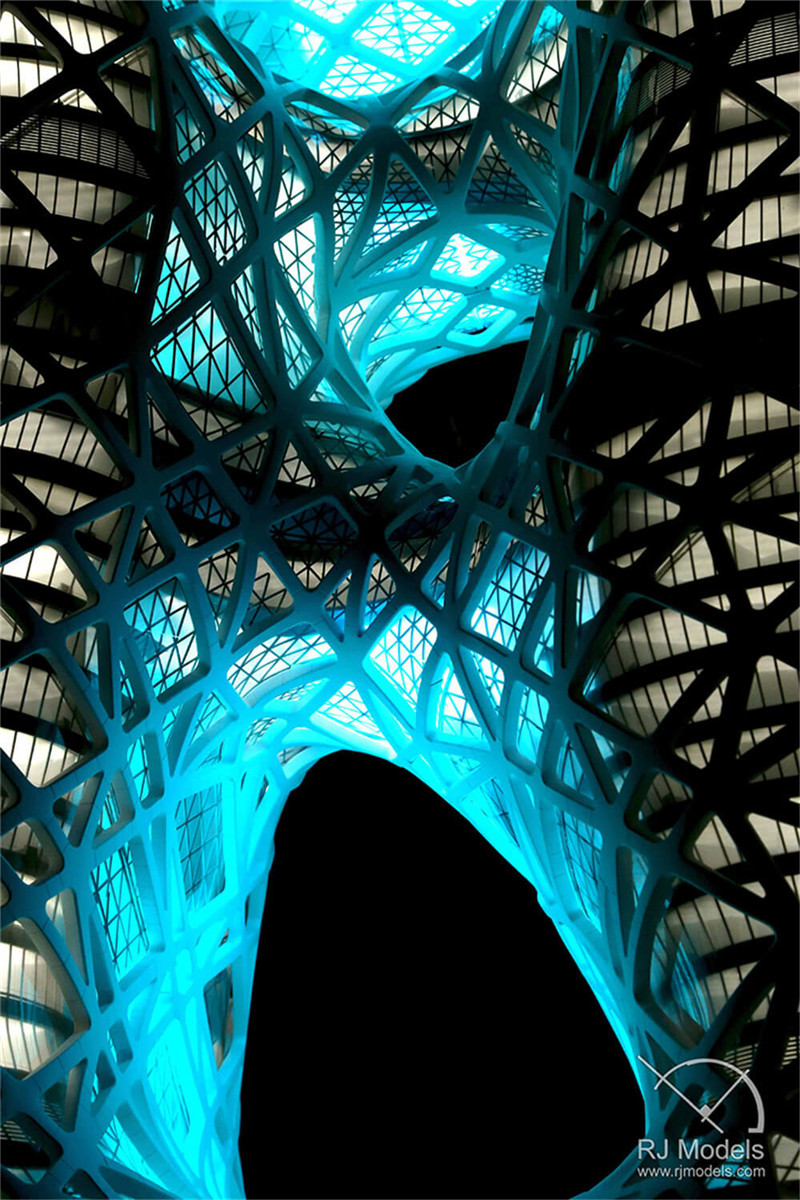 ▲Morpheus Hotel model lighting display that is brimming with reverie.

Perhaps the design of the building under the rendering of LED lights possesses the characteristics of the “outer space visitors,” casting a layer of magical realism over the building inspired by the fluid-form of China’s jade carving tradition.

Perhaps, this is the incarnation of the god of dreams in the night. 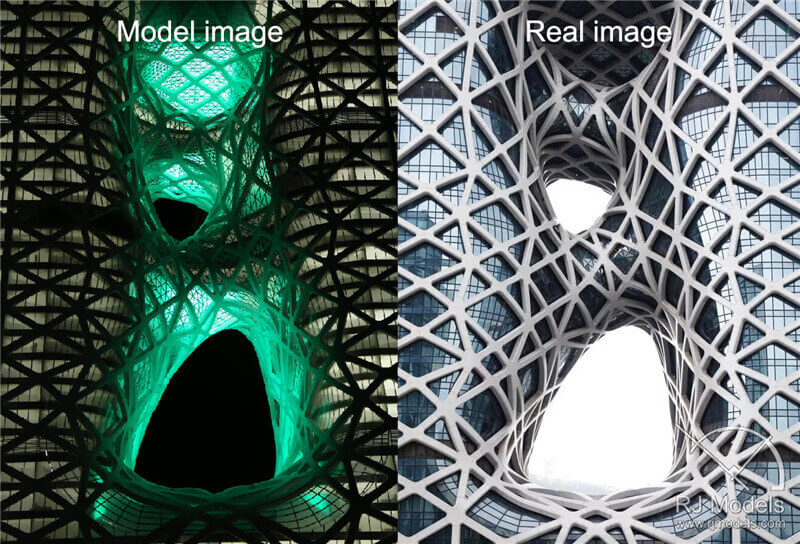 ▲A comparison between the Morpheus Hotel model and the actual building

From Galaxy SOHO in Beijing China to Heydar Aliyev Center in Azerbaijan, from Dongdaemun Design Plaza (DDP) in Seoul Korea to Guangzhou Opera House, Zaha Hadid and her team use parametric tools to upsurge a design movement in the architecture world. 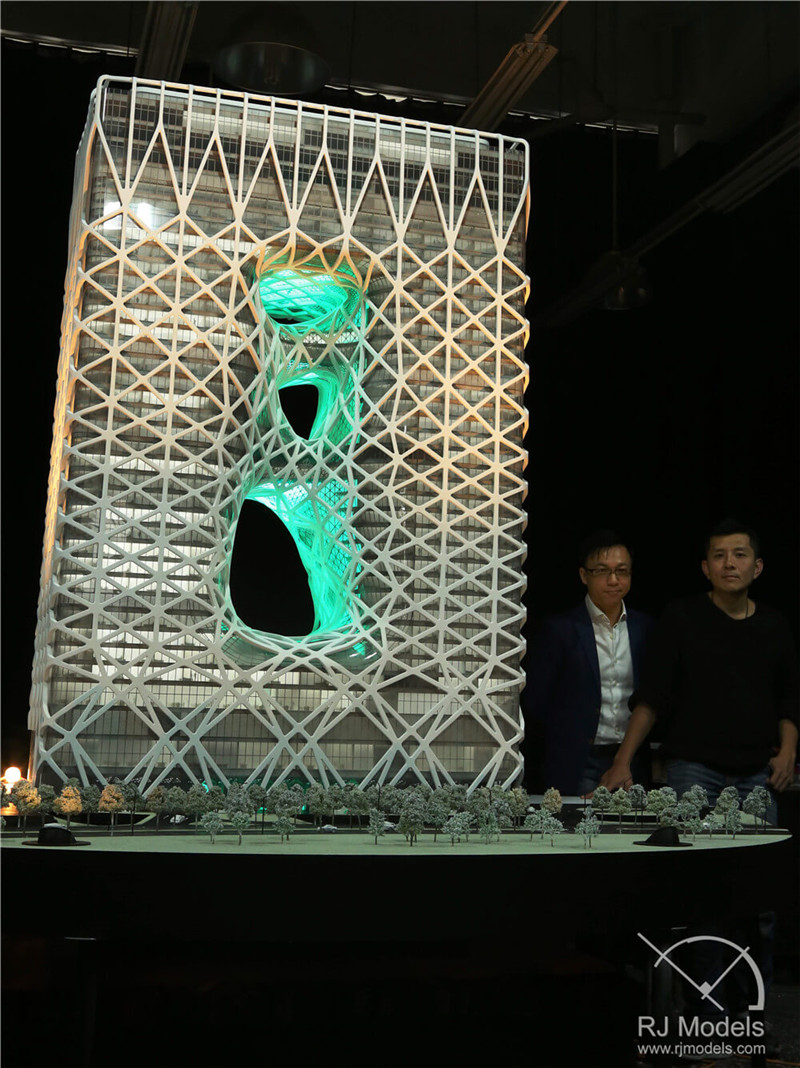 When RJ Models, the expert in constructing fluid architectural model encounter the works of the “Queen of the curve” Zaha Hadid, both parties with their respective expertise and professional qualities led to their repeated cooperation, mutual blessings, and achievements.

We use this moment to say thank you to Zaha Hadid for bringing to this world the numerous wondrous architecture works.

You will always live in the hearts of RJ Models.